Looping with a Counter

On this page, you will use for loops not only to repeat, but also to count the repetitions and then use that counter to draw shapes with repeated patterns:

You've seen these ways to repeat a set of commands:

The forever block generates an infinite loop that goes on forever. An infinite loop can sometimes be the result of a bug, but in some interactive programs, you want the program to keep running until stopped by the user.

Sometimes the script inside a loop needs to know which time through the loop it's in (first, second, etc.). You can use

to keep track, and you can use its counter (the default name is

) in the repeated script. For example, the for block lets you simplify long scripts like:

Each time the for block runs the script inside, it changes the value of the counter by 1, beginning with the first input number and ending after the second.

The for block's default counter name,

stands for "index." You can change this name by clicking it. To use the counter, drag it into the script. 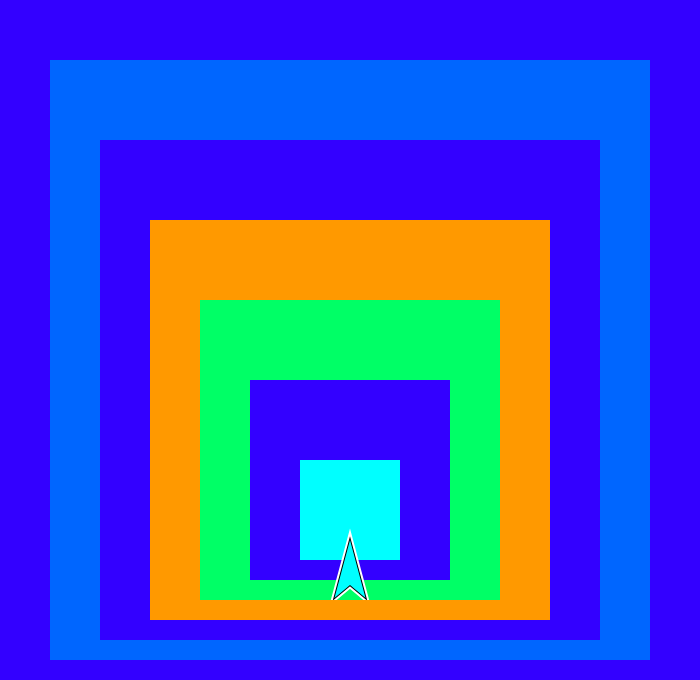 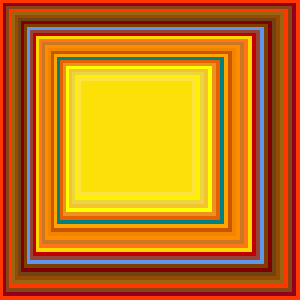 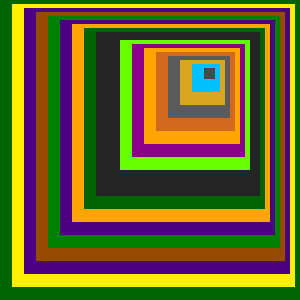 On the right is a painting by Josef Albers. He was interested in experimenting with variations of color within a "family" of similar colors. Snap! will let you make similar experiments.