MF: could use review/light revision; tough to have 2.17 SI labs back to back 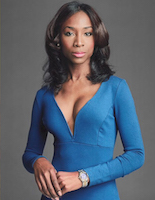 Angelica Ross (born 1980) is an American actress, businesswoman, and transgender rights advocate. After a turbulent youth, Angelica taught herself computer programming and graphic design and worked in web management. In 2014 she launched TransTech Social Enterprises, a nonprofit that helps people lift themselves out of poverty through technical training and digital work creating a social impact and bringing economic empowerment to marginalized trans and gender non conforming communities and members.

JK: I don't have a place for this note from Brian: I'd like to say something, if we can make it understandable, about the way non-physical products (software, movies, etc.) distort the market for physical stuff (especially housing). People get rich on ideas, but you can't eat ideas, and the supply of real stuff isn't infinitely expandable, so in effect real stuff becomes more expensive for people not in the virtual-stuff business.

In this lab, you will consider the implications of computing to the workplace.

On this page, you will discuss how technology has changed jobs and how it may affect what jobs are available in the future.

Until recently, many economists argued that jobs lost through automation would be replaced by new jobs controlling the machinery. Recent research has established that the number of new technology-control jobs is too small to make up for the jobs replaced by the technology. There are new jobs available, but they're not as good as the old ones; they are some or all of part-time, low-pay, short-term, or without benefits such as health insurance.